Worried About Waste? Save your Time!

I was just thinking about conservation…

and it occurred to me that the immaterial things are rarely approached by the would-be conservationist. It is easy for us to focus on the material world in our culture that is obsessed with others, yet it is that which we are most likely to consider as self that we have the most power over.

Diet is a fascinating junction. Certainly those material things we consume, literally becoming a part of us, are close to the domain of the self, yet are also as tangible, external objects that must be acquired and utilized. Dietary preference vary even more than the diverse nutritional requirements of humans, often considered an important part of the self in our culture where there are so many dining options. Vegetarianism or Atkinsism, diet seems to communicate to others something about ourselves. More interesting yet, diets that are enforced in private seem to be speaking to a deeper part of ourselves.

Money is external and has obvious material implications. Furthermore, it even inhabits a rather corporeal form when we think of greenbacks and the like. Yet, its power lies in intangibility. Through mutual agreement on the value of a monetary system, faith in the perpetuity in the US economy, and convenience, money takes on a totally different guise in the actual act of exchange than its simple physicality would suggest. To save money, however… that is a thing to be trifled with, a true challenge for the individual, necessitating either a real, present need or a strong sense of transcendent purpose.

I happen to agree with that trite adage and confirm that time is money, at least in the essential sense of money as value. To save time, a purely invisible entity, is nonetheless a concern of the typical Westerner, at least on its face. Still, upon a more in-depth analysis, we might consider that curious subcategory of living referred to as “entertainment”. What exactly is entertainment? Shouldn’t our entire lives be engrossing? What’s to separate this subtle time sink from our banal categories of living which seemingly don’t qualify for this elevated status?

Indeed, the idea of entertainment as a peculiar modality of living rather than the default warrants a reevaluation of how one considers her life. If enjoyment is the feature that is added to time spent being entertained, than are we not enjoying our lives in their majority? If receptivity is the feature so lacking from our quotidian existence that it is uniquely manifest in entertainment, then how might we really be listening to others, contemplating the wonders of existence, or introspecting? These questions hit home.

Personally, I think the greatest need for entertainment I have ever experienced was when I was simultaneously spending the most of my time performing a job that I felt was of little consequence. Like many, I sensed the weight of the world upon my own shoulders yet felt powerless to stride with it. Curiously, not only did I find the time I spent doing trivial things for wage to be wasted, I found my soul seeking for more “entertainment” to lighten that load through escape and fantasy. That it was easier to weep for a protagonist than bear witness to my own beloved friends.

To return to our tendencies toward externalization vs internalization and its consequences for the locus of control, we can see that very most personal resource of time is one of the most regularly squandered. Still, as with all things most attached to our concept of self, we have the greatest power to effect change in how we spend our time. Despite this it is often ceded and at no small loss: the inertial sloth of much of our population is the only barrier to solving such outmoded problems as war, world hunger, and equality. To unlock our own hidden desires, reservoirs, and powers is not only a personal choice, but an obligation to be the best that we can be for ourselves, our relationships, our nations, our Gods.

This becoming lies in the paradox aforementioned: “for to every one having shall be given, and she shall have overabundance”. There is a virtuous cycle to be had and it only gets easier from here out. To capitalize on our strengths, to trim back our weaknesses, and to cherish our most sincere ambitions and hopes is this straight and narrow path to inner peace. It is through the careful guarding of our energies that we can begin to invest in that which yields the incorporeal fruit that is tasted by the psyche rather than the sour apples on the tree of materialism. And, ironically, though one might begin this process with conservation in mind, magnanimous expansion is its only possible outcome.

Imagine: you work a job you love, where you are loved by the job you work. Instantly, the enjoyment, engrossment, and ecstasy of “entertainment” is fulfilled without additional expenditure of time. What might lie beyond that? What will you do with the time you save? Well… I suspect we may finally get around to those pesky issues, be it through creating genuine value in your workplace or your leisure hours. When we evaluate how exactly we would enjoy to spend our time, we might admit to ourselves that we demand a high-degree of prosociality, respect, and integrity. After all, we’re only human.

So it truly begins with you. Your boldness, your decisions, and your convictions. Hold on to your personal power, conserve it, cultivate it, and allow yourself to get even more out of life. 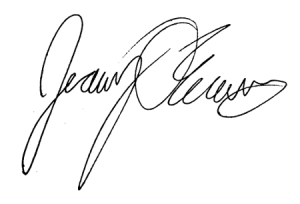 No comments so far.

Follow my email letter for the latest! I would be honored to talk to you more directly. [subscribe-by-email-form autopt="true"]